I visited the eastern part of Nigeria for the first time ever in April! My brother was invited to Anambra State by his friend for his sister’s wedding. He wasn’t going to go but I convinced him to by offering myself as his plus one. I thought it will be an opportunity for me to finally see Nigeria which I haven’t really done.

First off, we flew to Owerri, Imo State because there’s no airport in Anambra State(I didn’t know that). The rush to the airport was crazy and we almost missed our flight. Our saving grace was the fact that we had business class tickets. The journey to Owerri was smooth though thank goodness, Air Peace for the win!!! The air line’s service was excellent and the food, oh Lord the food was tasty. It was an afternoon flight that took about 50 minutes. When we landed, I took some photos and we waited to be picked up. On our way to Nnewi, Anambra State, it was already dark so I couldn’t get a proper view of the city.

We checked in at the hotel (The Nnewi Hotel and Events Centre)and ordered some food of course. I had a round of phone calls and video calls and I went to bed. I woke up the next day to a call from my brother checking if I was okay(how sweet) because he hadn’t seen me since I settled into my room. When I hung up, I decided to take a look at the view from my hotel room. That was when I realized the how huge the hotel is. The view was amazing. I spotted the gym and changed to my workout clothes. I stopped by my brother’s room to invite him to come to the gym with me and we had a good morning session. 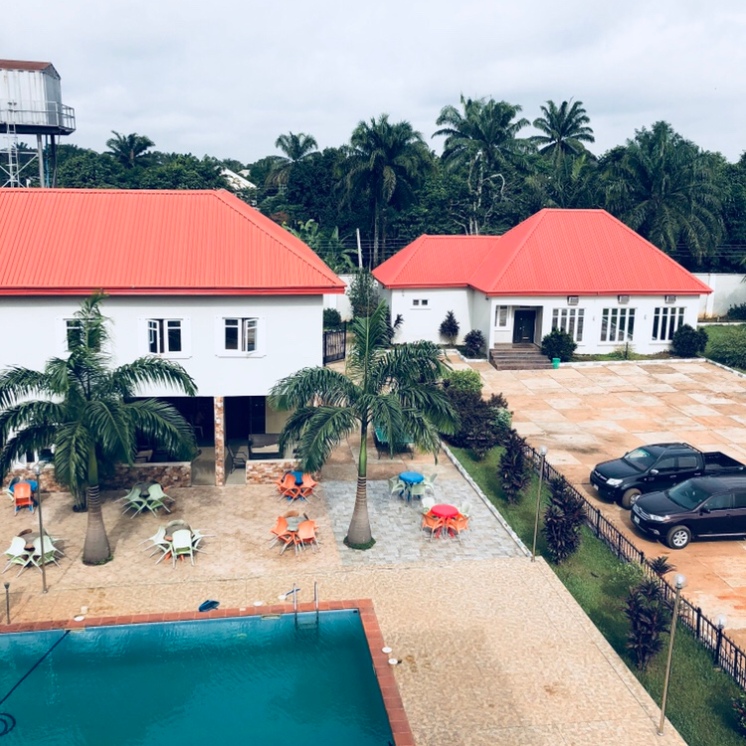 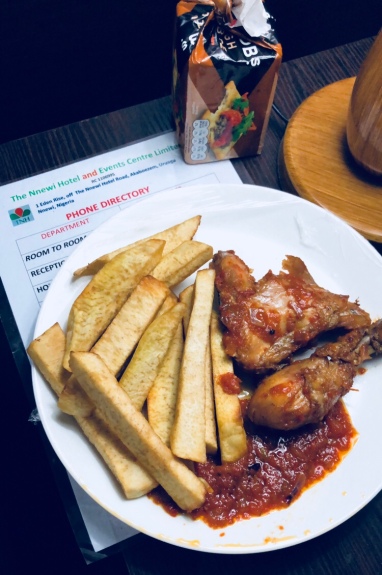 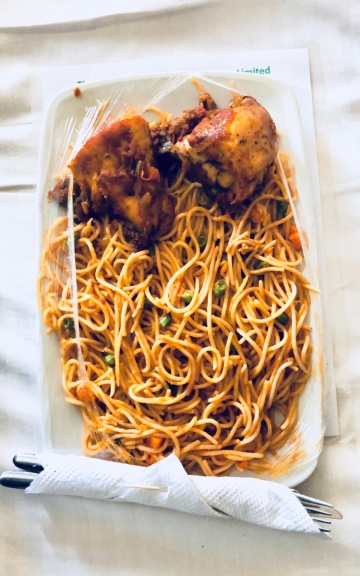 The wedding was later in the afternoon so I had a cold shower and took a nap. When I woke up, it was time to get ready for the wedding. As my brother’s friend’s wife couldn’t make it to the wedding, meaning no MUA for me, I got ready all by myself. 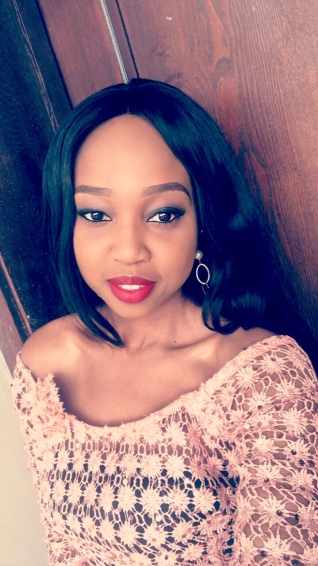 We drove to Amuchi, Anambra State which was the location of the wedding in a convoy of about five to six cars. I was amazed at how busy Anambra is and the fact that women ride okadas(bikes) like it’s nothing took me by surprise.

When we got to the wedding, the ceremony had already started so we quickly found our seats. It was time to eat and I was asked what I wanted. This part wasn’t easy because the food was local and the rice option was the village rice. We definitely had a lot of big juicy snails and if they could grow in me, they would have.

The wedding was a fun experience and I loved how much the Igbo culture was represented. Igbo people just like the Yorubas like their presence recognized and we definitely felt it. I saw an ube(small sized pear) tree life and I was excited 😆 because I love the fruit and eat it a lot when corn is in season. My brother’s friend really did a good job ensuring I was okay. He asked me a million times and was a bit concerned I wasn’t drinking alcohol even though he didn’t drink either. We left the wedding quite late and there were plans to chill after at a bar for some Nkwobi or Isi Ewu but I was tired so I asked to be dropped off at the hotel.

The next day, we were to return to Lagos and I was woken up again by my brother to get ready. I was packed and ready to go when he informed me that all the flights were booked. He tried to secure seats for the next day and he couldn’t. I was sad at first but when I got over the news, I tried to see if I could go out to explore the city but there was no driver and security to take me around. Let’s just say I didn’t have a great day. We were convinced to travel back to Lagos via road the next day with the whole crew. We were a bit skeptical but later gave in as we didn’t have other options. We left Nnewi bright and early the next day in another convoy of course to Lagos and the journey turned out to be the highlight of my trip. 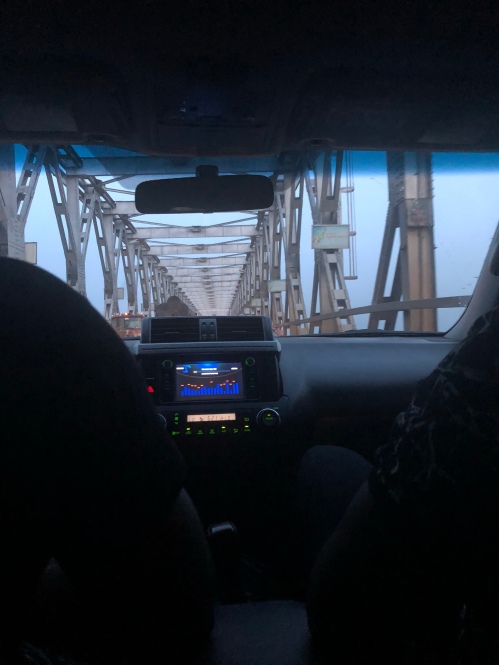 We passed through Onitsha in Anambra State, the Niger Bridge and River Niger, Asaba and Agbor both in Delta State, Benin and Uvbe both in Edo State, Ore in Ondo State, Ijebu in Ogun State before we finally made it to Epe in Lagos State. I was amazed by how good the roads were till we got to Benin bypass which had the only bad road and an array of bread sellers.

We made a quick stop in Agbor at a roadside market where we bought a lot of foodstuff. It was obvious it was a popular market for travellers as many people stopped by and the sellers had their wares in bulk. We bought a sack of snails and big juicy pineapples. We also stopped over at Ore for bananas, groundnut and bathroom break. 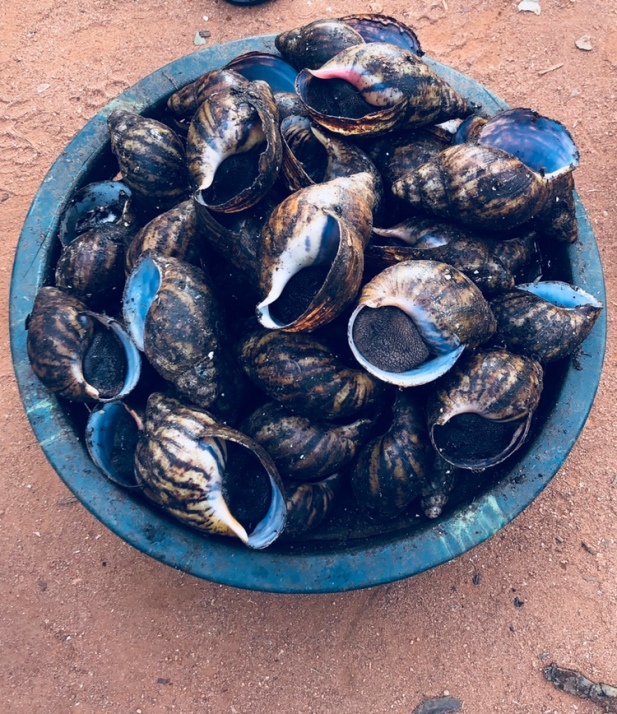 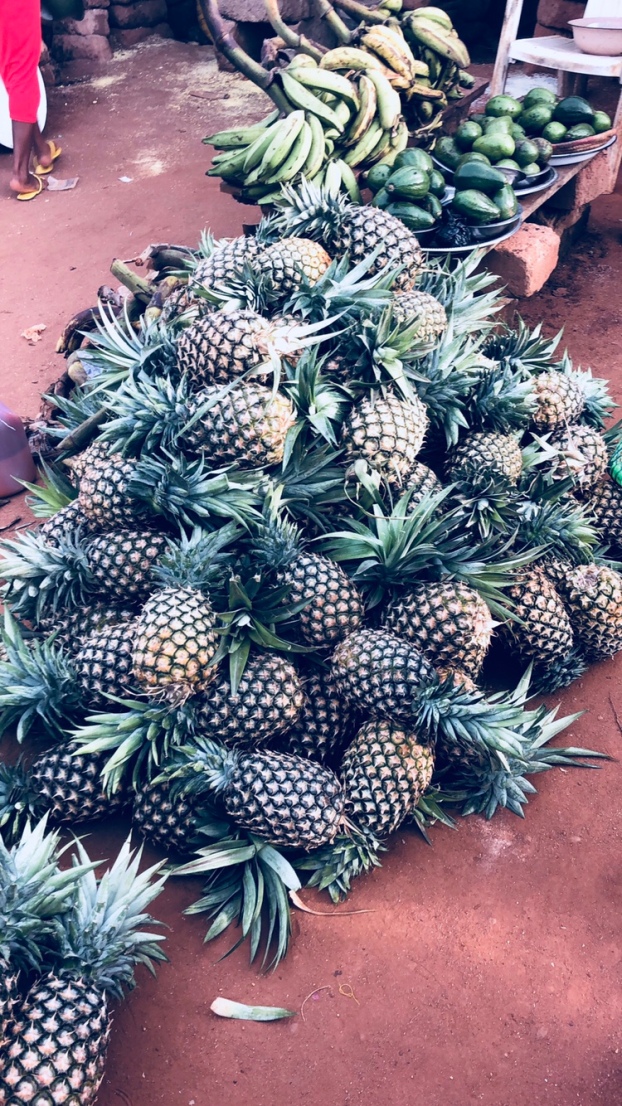 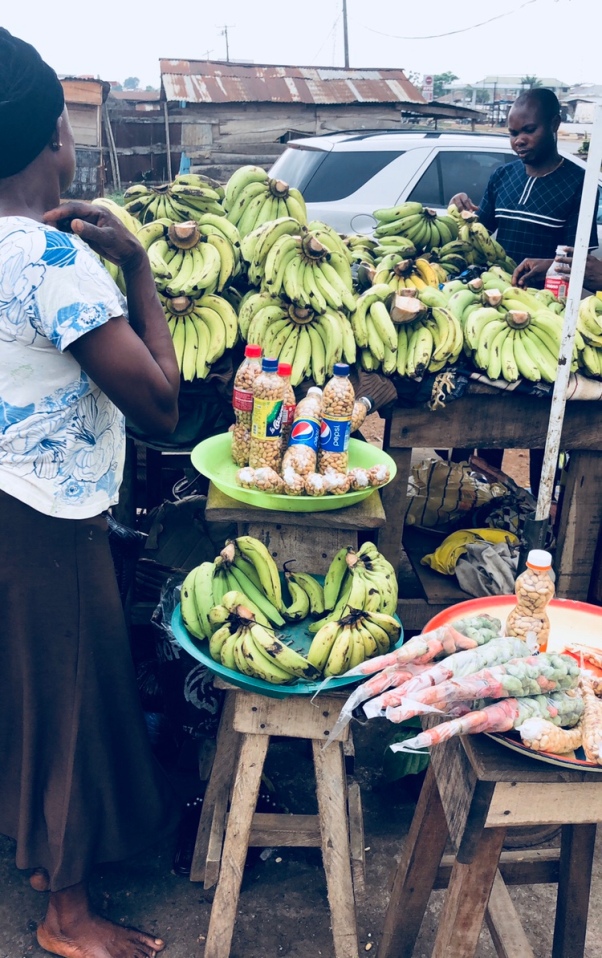 I would definitely love to visit other cities in Nigeria and this trip is the beginning of many more trips within Nigeria.

33 thoughts on “Travel|The West To The East”